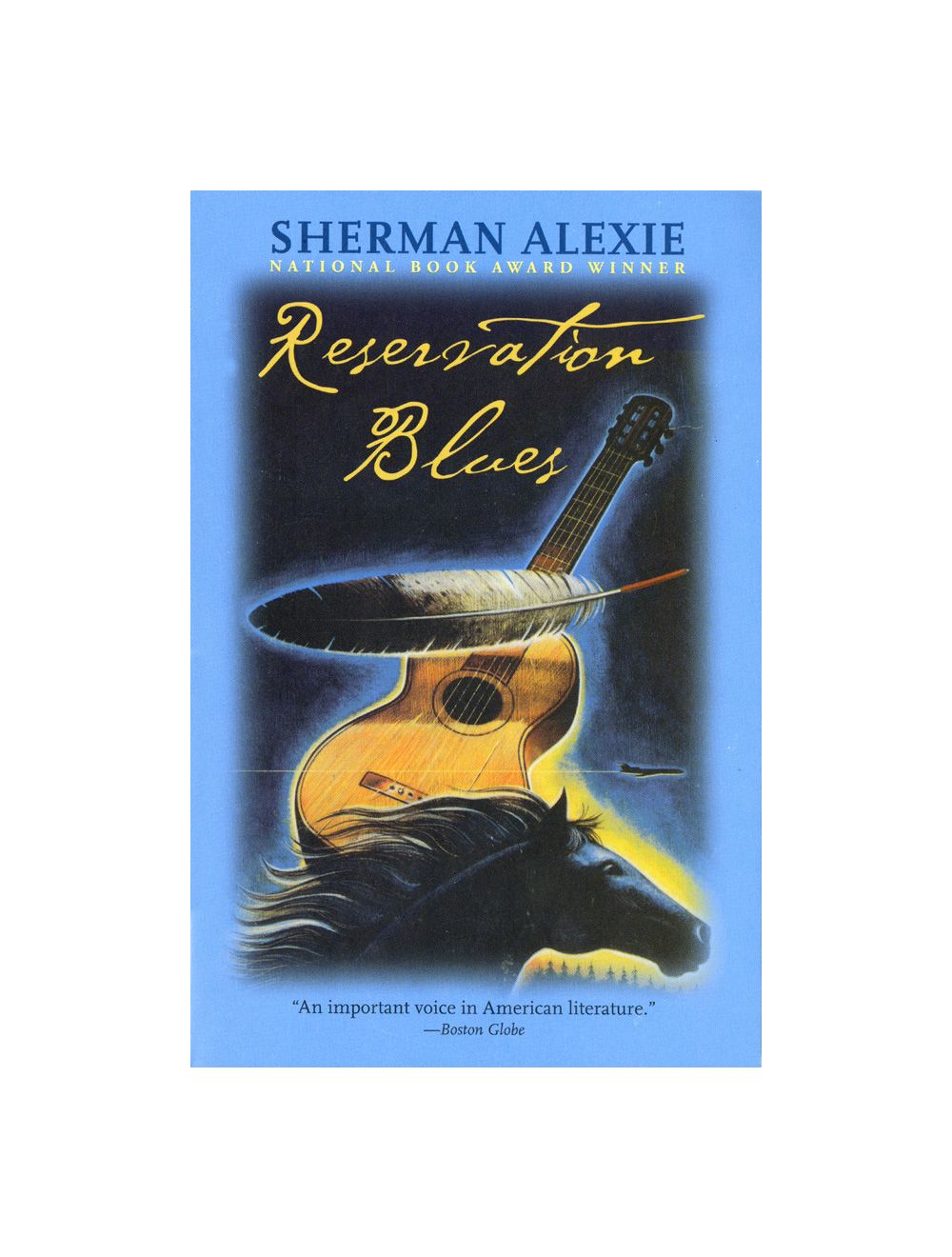 Be the first to review this product
$16.00
Availability: In stock
SKU
14011033
Add to Wish List Add to Compare
Details
Author: Sherman Alexie

In 1931, Robert Johnson allegedly sold his soul to the devil, receiving legendary Blues skills in return. He went on to record only 29 songs before being murdered on August 16, 1938. In 1992, however, Johnson suddenly appeared on the Spokane Indian Reservation and met Thomas Builds-the-Fire, the misfit storyteller of the Spokane Tribe. So begins Reservation Blues, the mythic and musical tale of Coyote Springs, an all-Indian Catholic rock-and-roll band.

With Thomas Builds-the-Fire as lead singer, Victor Joseph and Junior Polatkin on lead guitar and drums, and Chess and Checkers Warm Water on vocals, Coyote Springs takes their "four-and-a-half-chord rock and blues" to reservation bars, small town taverns and the urban landscapes of Seattle and Manhattan. Sherman Alexie brilliantly mixes narrative, newspaper excerpts, songs, journal entries, visions, radio interviews and dreams to explore the effects of Christianity on Native Americans in the late 20th Century. More important, he examines cultural assimilation's impact on the relationship between Indian women and Indian men. Reservation Blues is a painful, humorous, and ultimately redemptive symphony, about God and indifference, faith and alcoholism, family and hunger, sex and death.